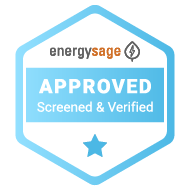 Rapidly expanding, our mission is to be the best solar installation company in the nation; continually striving to maintain excellence in components, installation and superior customer service. Sunpro differentiates from other solar companies because we strive to put the homeowner’s needs and budget first, to exceed their expectations, and provide the best warranty service after installation.

Why Work with Sunpro Solar

At Sunpro, we strongly believe that solar energy can make an important contribution to a cleaner and safer world we live in. We are passionate about helping our homeowner’s make that vision come true, one home at a time.

Our Sunpro team works closely with you every step of the way.

We understand that purchasing a solar system is not an impulse purchase. Taking into account your home’s design, electricity usage, and budget is the first step to making sure that solar energy is right for you and your lifestyle. At Sunpro, we recognize the importance of the homeowner and how your satisfaction is vital to our business. Through our consultation process we work to custom tailor solutions based on specific client needs.

We achieve customer satisfaction by honoring our commitments, exceeding expectations, and providing the highest quality products and service.