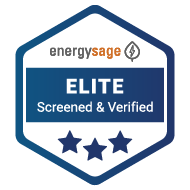 Since 2009, the founders of Unicity Solar have performed thousands of successful solar PV installations. As a Certified Master Electrician backed with in-house processes and installations, you can rest assured knowing your project will be performed swiftly and up to the quality you expect and deserve.

Why Work with Unicity Solar Energy

With over 30 years of direct PV experience, Unicity Solar installs high quality solar electric systems with industry leading 25-year warranties on the system components as well as the workmanship and materials. We offer a 25-year production guarantee along with a roof penetration guarantee which guarantees a leak-free roof for 25 years.

25 years: Our workmanship warranty covers all aspects of the installation including our "Leak-Free Roof Penetration Guarantee" and "No-Cost Warranty Service" for any system components that may need repaired or replaced during their warranty period. We also include an annual "Production Guarantee" which provides ultimate peace-of-mind that your system will perform as advertised or we pay you the difference! All of this is combined with high quality system components sourced from manufacturers with industry leading processes and components.