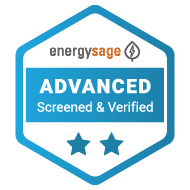 At Zenernet, our mission is to bring about Energy Independence for All. By going solar with Zenernet, you'll get a convenient and informative online consultation, a high-performance system tailored to your exact needs, a stress-free install at a very competitive price, and a trusted partner to work with in the future as your energy needs change and new technologies emerge. Our reviews are a testament to how we deliver the best customer experience in solar. Cut expenses, lock in a better rate on energy, and gain independence from your utility company with Zenernet!

Zenernet’s low-pressure, high-tech customer experience starts with an in-depth, virtual consultation to educate homeowners on solar that is unique in our industry. An expert energy consultant will answer all your questions about solar and help you design a customized system - all from the comfort of your home.

Zenernet helps homeowners get a better deal on energy and take charge of how they power their lives. We are also the only company in the industry to offer modular pricing, so you only pay for the system you want. Our installations are carried out by experienced local installers of the highest quality, and a personally-assigned project coordinator keeps you updated and takes the stress out of the process. Once your system is installed, monitoring tools let you see how much energy your system is producing and how much money it’s saving you, while we stay in touch as a trusted partner to address any future changes to your energy needs.

From convenient remote consultations to concierge-managed installs and beyond, Zenernet is dedicated to bringing you the best customer experience in solar!

Workmanship warranty available in 10, 20, and 25 year increments, covering the entire system - installation, components, and roof - in addition to manufacturers' warranties.